From September 24-26, the EnFAIT team took the science behind tidal energy to the European stage, engaging with young visitors at the Science is Wonderful! Exhibition in Brussels. The event is an eclectic mix of innovation from across the scientific spectrum, showcasing the most imaginative solutions to humanity’s biggest challenges – from climate change and disease prevention to meeting the world’s future energy needs.

Manning the stand were:

Schoolchildren and young people from across Europe were the main audience of the event. The EnFAIT stand was centred upon a live deploy and recover experiment which could be remotely controlled by visitors. Visitors were able to play with the configurations of the turbines, testing the effects on energy output, as well as deploying and recovering the turbine from the pool.

They could also experiment with the bigger questions of how tidal energy can resolve the world’s future energy needs by playing the Saltwater Isles game which embraces topics like: Why renewables? What is ocean energy? Why ocean energy? The aim of the game is to show the pros and cons of marine energy, considering energy generation, environmental impact, social impact, and giving the users an understanding of these overarching questions.

The installation proved an eye-opener for both team members and attendees.

“This was my first time in Brussels and I was blown away by how multi-lingual everyone is! I very slowly explained tidal power to a child who was about eight years old and wasn’t sure he was keeping up with my English, until he turned to his classmate and translated the entire concept perfectly in French” – Khalid Abdulla, Nova Innovation.

Tianna Bloise Thomaz also commented: “An organiser of a wind power stand came over to tell us how much the children were discussing our stand afterwards. Apparently, when she was explaining wind power to them, they were responding with comments like ‘I see, so it’s like tidal energy but above the water.’ That is fantastic – it’s usually the opposite way around!”

For more information about the EnFAIT project, please visit https://www.enfait.eu/ 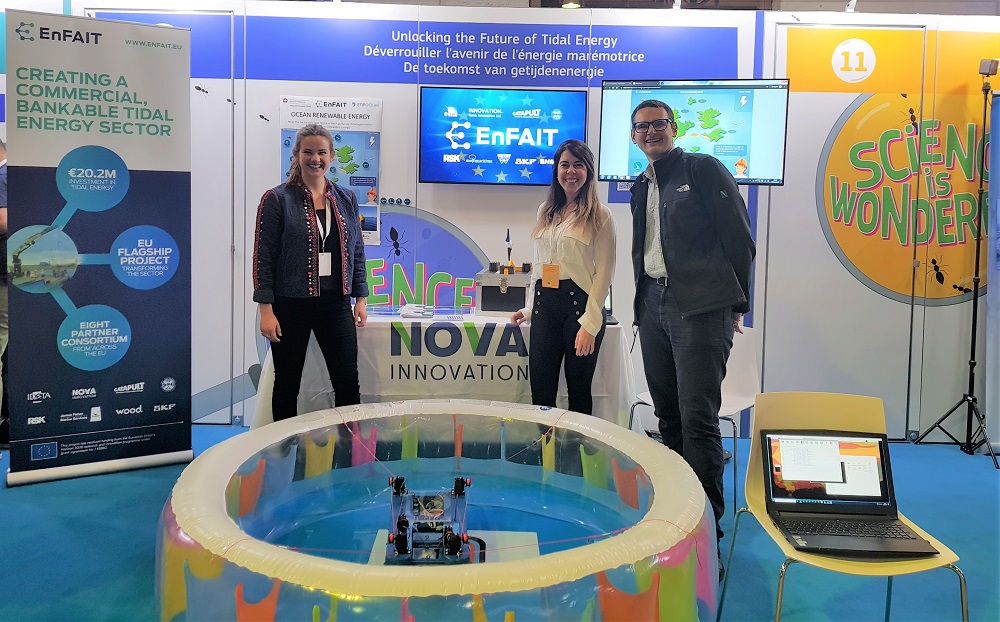 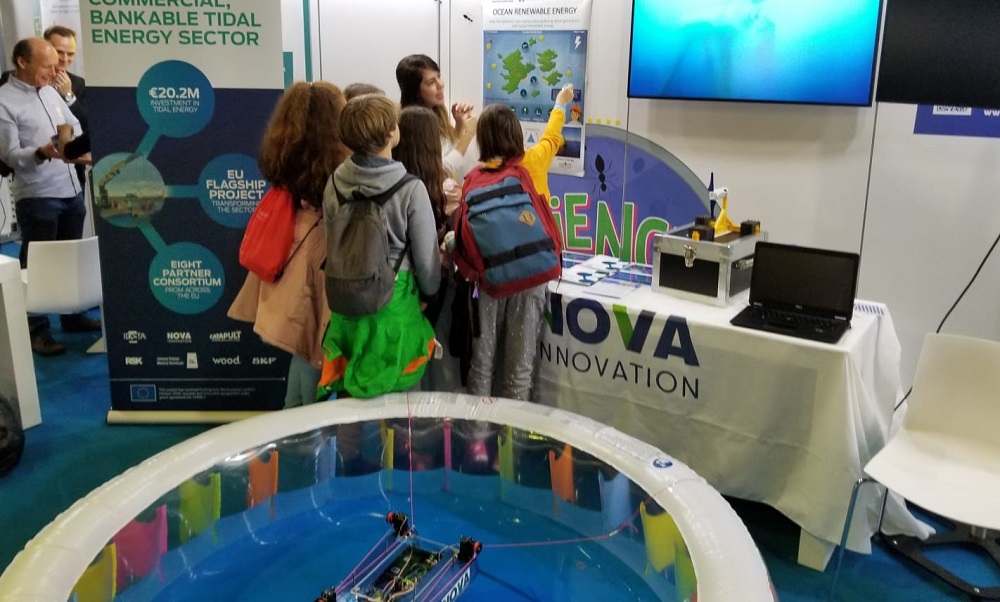 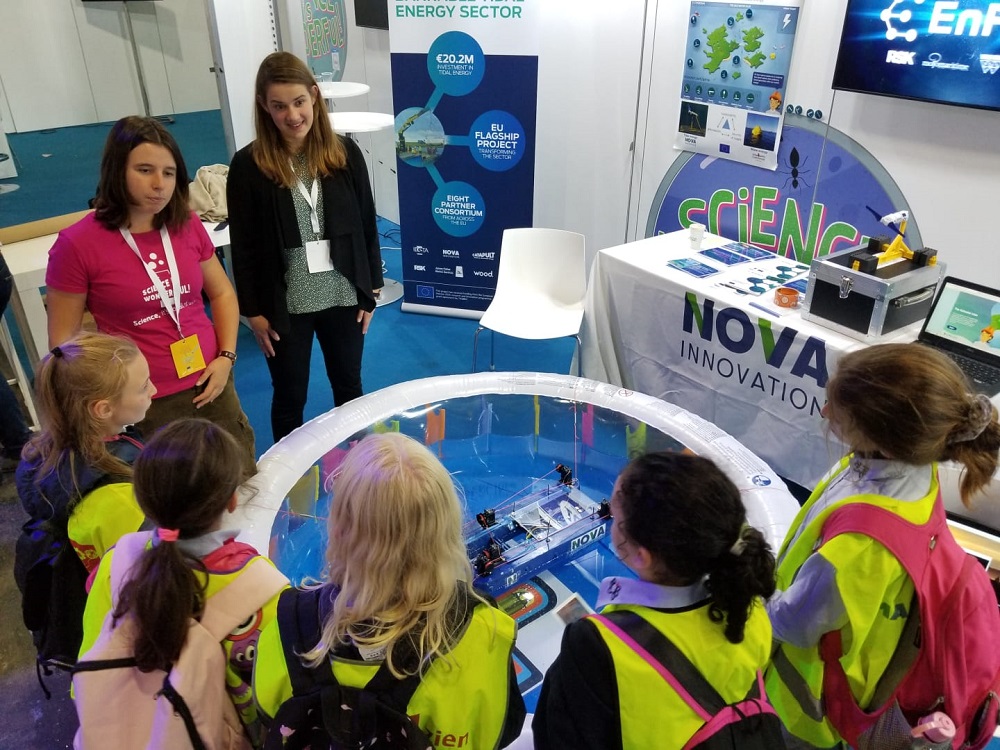 Working languages at the stand were French, English and Dutch

Children could ask questions to tidal energy engineers and researchers

WORLD-leading tidal energy experts Nova Innovation are welcoming a new tide of talent to their board. Nova has made a trio of new appointments including Chris Phillips as Chair, Sir Michael Fallon as